Scene North End Magazine marries evocative prose with stunning photography to inform and indulge readers. Published four times per year out of Boston’s historic North End, Scene North End ensures that our readers are kept up to date about the city’s most sought after restaurants, nightlife, luxury travel, fashion trends, sports, retail and real estate. Italy features prominently in every issue as the food, travel and fashion capital of the world and we keep our readers up to date on what is happening there as well. Scene North End is the comprehensive lifestyle publication for worldly Bostonian residents and visitors alike. 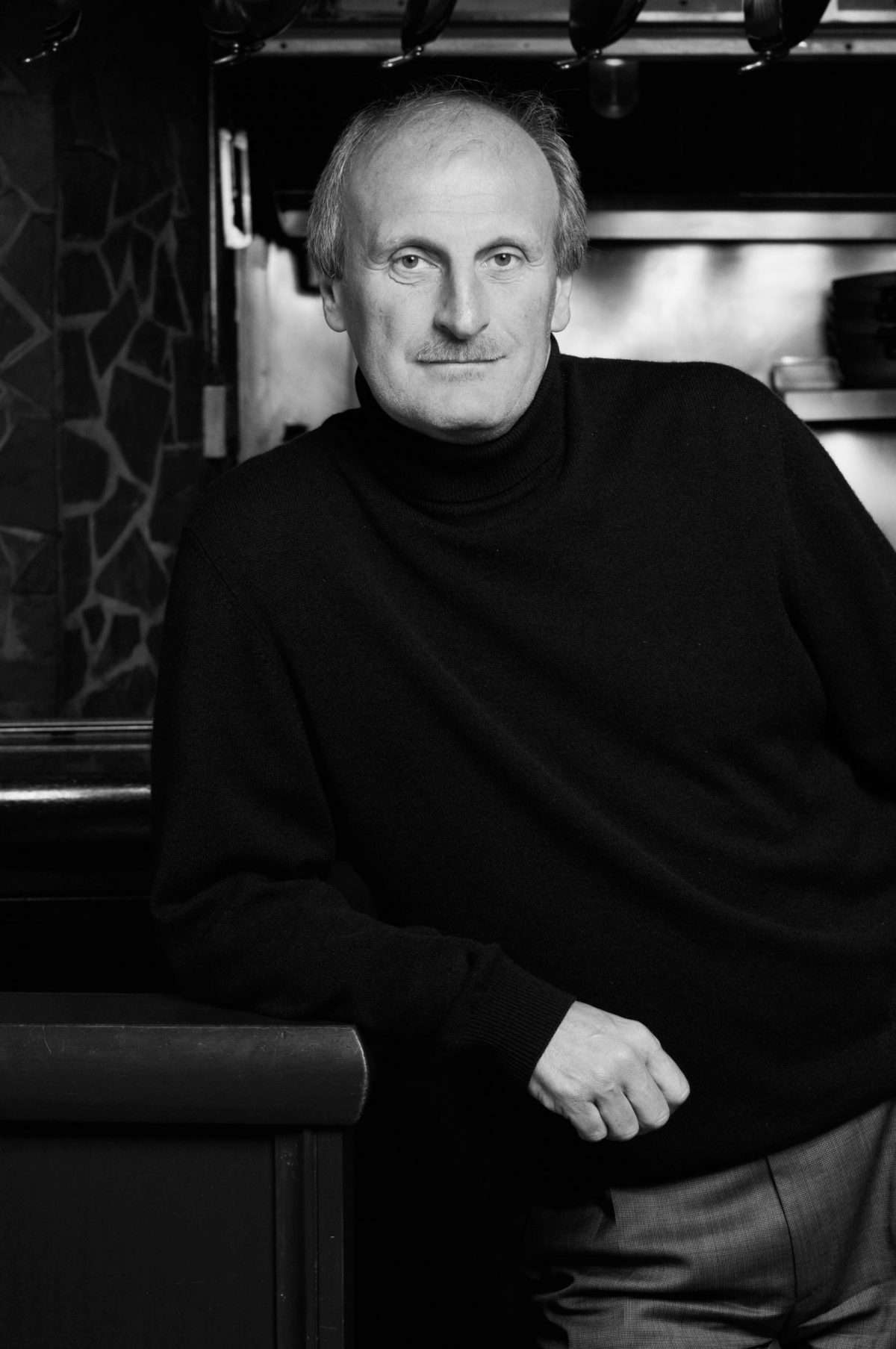 Restaurateur Frank DePasquale dreamt about bringing his Italian culture to America ever since he was a young boy growing up in a small town under Mount Vesuvius near the Amalfi Coast.

At four years old, DePasquale and his family traveled to Boston to start a new beginning doing what they knew best: promoting the Italian way of life. Things did not go as planned in America and shortly after their arrival, DePasquale moved back to Italy with his family.

After a few years home, they decided to give it another go and once again made the journey across the Atlantic. This time, instead of bringing their Italian business of selling confetti to America, DePasquale’s parents took jobs that were in demand at the time and were successful in doing so. When DePasquale became of age, he took on three jobs of his own and attended Suffolk University in Boston. After college, DePasquale decided it was time to start doing what his family had always wished, to bring the Italian way of life to America. His first business venture was an Italian clothing and shoe store on Newbury Street. The store was a success, but DePasquale still longed to make his mark on Boston and it was then that he decided to shift his focus to the city’s culinary scene

DePasquale’s first restaurant venture began in 1987 with a tiny neighborhood sandwich shop. With the help of his family, DePasquale ventured into the culinary world and opened his first establishment in the North End, a sandwich shop named Il Panino, meaning “the sandwich” in Italian. Patrons kept coming back for his signature Panino sandwich; a simple creation consisting of Parma prosciutto imported Bufala Mozzarella, tomatoes, and fresh basil. Il Panino became an instant success and DePasquale never looked back. To date, he has started over 32 different corporations up and down the east coast, all promoting the Italian lifestyle.

Soon after, he made the decision to turn the small lunch spot into a classic Italian trattoria — Boston’s first — and it was there that he gave people a taste of his homeland on Italy’s Amalfi Coast. Voted immediately as “Best of Boston” by all publications, this once 20-seat restaurant became the standard of what Italian cuisine should be in New England. The trattoria serves cuisine from Italy’s Amalfi Coast and boasts a large selection of authentic specialty pastas and fresh shellfish. Trattoria Il Panino offers casual dining combined with a fine dining experience. The quaint first floor and new downstairs dining room are reminiscent of an authentic Italian coastal trattoria. The restaurant’s outdoor garden patio is open year-round to provide a serene setting for a romantic dinner and an alfresco dining experience.

Trattoria Il Panino is the only restaurant in Boston to boast a nearly all Italian wait staff. Their knowledgeable recommendations are helpful for first-time diners who are unfamiliar with authentic Italian Mediterranean cuisine. Traditional favorites include the Mozzarella Caprese salad (made with fresh Bufala Mozzarella flown in weekly from Italy), Costada di Vitello Milanese, Gnocchi alla Sorrentina and Paccheri ai Frutti di Mare.

Il Panino’s success has led the way for numerous offspring up and down the East Coast. Some of the finest chefs in the U.S. and Italy started out as apprentices at Il Panino, which led to successful careers around the country. A true gem in the North End, Il Panino is cherished as much by neighborhood locals as it is by the rest of the country.

Ciao and stay well, Be the Best, Be you, Be SCENE

Executive Producer Terri Stanley created styleboston in 2009 and has seen the show go on to receive four New England Emmy® Award nominations and garner high ratings on both ABC and CBS stations in Boston. Since Terri launched the show she has interviewed former Secretary of State Madeleine Albright, Best Buddies’ founder Anthony Shriver, Boston Mayor Thomas M. Menino, Massachusetts Governor Deval Patrick, and actor/director Ed Burns. Terri earned her style stripes as Executive Editor of Boston Common, the preeminent New England luxury lifestyle magazine, where she interviewed leaders in business, sports, and entertainment and was previously the Editor-in-Chief of Scene magazine. A Boston native, Terri was president of New Boston Properties for 15 years. She has a degree from the Carroll School of Management at Boston College and is a member of both The Council for Women at Boston College and Boston Women in Media and Entertainment.​

Carol Beggy has a big Rolodex (remember those?) and is not afraid to use it. She loves books and other Old World pursuits but lives totally in the modern world where you carry a thousand books on your e-reader. A former reporter and editor at the Boston Globe, Carol is currently working with Bill Brett on his book “Boston: Irish” due out in Fall 2014. It is their fifth collaboration. She likes pina coladas, dancing in the rain and talking to people on elevators about what they are reading.​

Hichem is a graduate of the Ecole Supérieure Des Beaux-Arts d’Alger, an accredited institution of higher learning in Algeria. He holds a Bachelor of Arts degree in Graphic Design and a diploma in Web and Graphic Design from EDUMAC in Mexico City. His design portfolio includes billboards, e-blasts, web ads, magazine ads, print collateral, signage, brochures, web assets, POP displays, special projects, and more. Hichem is fluent in the Adobe suite as well as office programs, photography and retouching, hand-drawing skills, and more. He has designed for Scene North End magazine since its inception and is fluent in four languages-Spanish, French, Arabic, and English.

Mirjona is a creative graphic designer with innovative ideas and a unique approach to visuals. With more than ten years of experience developing designs for print media, and advertising she possesses a solid understanding of marketing principles and advertising techniques. She exhibits great attention to detail and a talent for designing memorable visual designs. Originally from Albania, she has worked with iconic brands such as Pepsi, Nestle, Heineken, Diageo and more. Another passion of hers is photography, and she considers herself an artist with a camera. She uses a blend of technical skills along with an artistic eye to take pictures of people, places, landscapes, food…anything that strikes her fancy.

Mike is an Italian digital designer skilled in retouching, branding, and web development. He has completed a Master’s Degree in Digital Art and UI/UX design. Adobe user since 1999, he has strong abilities in creating different kinds of graphics as well as wireframes for websites and apps: therefore he is the conjunction link between the attractive design and detailed user-friendly development. His concept design consistently arises from the analysis of customer needs in order to achieve  “out of the box” goals. Today as part of our team, Mike is putting his over 15 years of experience and passion for his job, working side by side with designers and editors.

Rocco Capano is an Artist Filmmaker Photographer who’s work highlights Italian culture through photography, mini-documentaries, and painting. Rocco studied painting and sculpture at Monserrat College of Art and has a bachelor’s degree in fine art. he is currently working on a documentary series that celebrates the various Italian Festivals of the North End Community in Boston

Riley Keefe is a recent graduate from Emmanuel College with a BA in English: Writing, Editing & Publishing, and the newest member of the Scene North End Team! With a background in feature writing and copy editing, Riley has been published numerous times both nationally and internationally. His previous engagements include working for a lifestyle magazine in Prague, the Czech Republic where he studied abroad. The magazine, Prague Visitor, offered him a chance to interview high profile celebrities including the mayor of Prague as well as the founder of the city’s largest arts festival! When he returned to the states, Riley worked as a freelance writer while balancing an internship with a Public relations firm in the South End. After graduating, Riley migrated from the up and coming Fenway neighborhood to the iconic North End to join the sales and communications team and Scene North End! Go, Bruins!

Emily Holowczak joins Scene North End as an editorial intern and contributing writer. She is a current graduate student studying Publishing & Writing at Emerson College. Emily graduated from Mount Holyoke College in 2018 with a BA in English and minor in Music. Her studies included creative writing and journalism, as well as orchestral composition and conducting. Emily is an avid equestrian and was a member of the Varsity Hunt Seat riding team at Mount Holyoke, ending her college career competing at Nationals in 2018. She was also the winner of the 2018 Student Award from American Horse Publications, highlighting her early journalistic career in equine media. She now divides her time between graduate studies at Emerson, working for Scene North End, riding horses, and freelance writing for several equestrian magazines.​​

Catherine Pergolis joins Scene North End as a Social Media & Marketing Intern and contributing writer. She is a current undergraduate student studying Public Relations & Marketing at Suffolk University. Catherine is currently a junior in the Honors College at Suffolk University studying Public Relations and Marketing. She is on the Speech and Debate Team and won First Place for Informative Speaking in the Regional Jack Lynch Invitational Tournament at St. Anselm’s College in Manchester, New Hampshire. She is a New York native who is passionate about the North End of Boston. In addition, Catherine is a dog lover and big foodie! You can find her out and about exploring the city while drinking iced tea.

Nate is a senior at Emmanuel College in Fenway double majoring in marketing and communications & media studies. He was recently brought on as a social media and marketing intern for Scene. With a passion for marketing communications and writing, Nate looks forward to contributing to the magazine’s digital presence and learning more about the field.