Cheering Together From Six Feet Apart 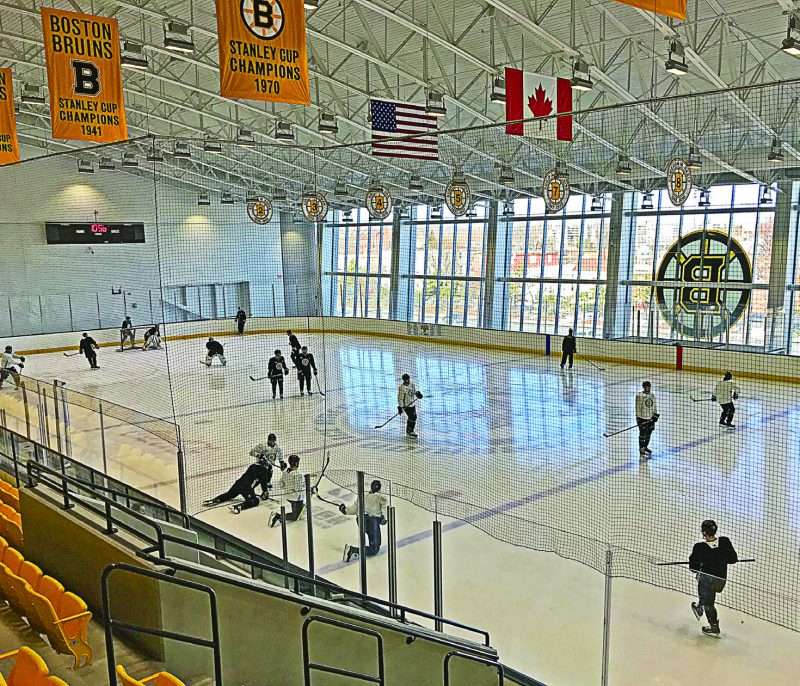 As sports fans are anxiously waiting to see if we can go to a stadium, ballpark, basketball court or rink to cheer for their favorite team, the leagues, team owners, and players associations are hard at work to find ways to salvage the seasons.

What exactly does this look like in a year with Covid-19? Traditionally, sports have been a way to unite people – and the bigger the crowd the better. (Take for example the stadium in which the University of Michigan Wolverines play that has a capacity of 107,601, larger than all but six cities in Massachusetts.)

Now that things are opening up and pro leagues have announced their plans, what will that be like for fans, who will ultimately vote (with their valuable television viewing hours or their wallets when tickets go on sale) whether is it all worth it. Because when all the dust on the field is settled, it is the fans that ultimately drive the business side of sports. All sports are fueled by their fans with an audience who watches and gets emotional and excited by each play. The venue, however, is noticeably different in each case.

Will we be cheering for Cam Newton as the New England Patriots quarterback, with thousands in the stands in Foxborough or with just our immediate family (and those we let into our social distancing bubble) from the couch in our living room? When the Professional Golf Association resumed play in June, it was broadcast on TV and online, but even with a sport where the action is spread out and the fans cannot possibly follow all the action, the competition was noticeably different. Gone were the roars as a tough putt fell into a hole while other golfers teed off as the gallery of fans collectively held their breaths. Also, the participation of the audience at the event is fundamentally different than that of a basketball or hockey game. The players are paid differently and revenues are captured in their unique ways. PGA Tour tournaments are underway after a rather short interruption, with a limited crowd, and most of the revenue is generated by TV contracts and sponsors. Except for the traditional handshakes to begin and end each round, the only “contact” in golf is when the club meets the ball.

But for the National Football League, there is contact both on and off the field. The NFL generates the most television revenue followed by baseball, basketball, and European soccer. The NFL is planning on a full, if somewhat delayed, season with full pay for all players. The league and team owners have allowed for possible interruptions and delays and are planning to reduce the number of fans at the stadium by ten-fold and had the luxury of months of off-season planning. They are also adding in crowd noise to get it as close to a normal game as possible. The only question is if the level of interest is going to stay the same?

In a normal NFL game, you hear the announcer say: “Today we are at the Cowboys stadium before a sold-out crowd of more than 80,000 fans, with beautiful, sunny weather.” How will fans feel about: “Today I sit in this broadcast booth while my colleague Tony Romo is across the stadium in a different booth. All 8,000 fans are wearing the required facemasks….” If we are forced to stay home, watching NFL games on TV is going to be very popular. Larger football parties may not happen, but smaller gatherings for each game in the comfort of our living room is going to be the highlight of the weekend. I can’t wait to get home, take my mask off and watch Monday night football!

Baseball and basketball did not have much time to make changes in their schedule and adapt to the new reality. Major League Baseball is still trying to figure out what the schedule would be for 2020 as the actual season was postponed before a single regular game was played.

The Players Union and club owners have different views on what the schedule may be and how the players would get paid. If the two sides cannot agree, then the Commissioner Rob Manfred can impose a regular-season schedule as he sees fit. This means fewer baseball games (around 50) with playoffs and the World Series in October.

The National Basketball Association suspended play on March 11 and is planning on sending 22 teams to the ESPN complex at Disney World in Orlando, FL, to compete for a 16-team playoff field. The NBA finals will end no later than October 12. How much fun it will be to attend a live game with the mask on and apart from other fans, remains to be seen. And, with less tickets to go around, the ticket prices are bound to go up.

For all sports games, one thing is clear – there will be far fewer fans watching the live-action in 2020. TV broadcasting of sports will increase and those who enjoy watching the game on TV may find it a more convenient way to catch their favorite team. With fewer fans in the stands and not much in the way of tailgating, the excitement of going to a game will be less than usual. We will have to wait and see how these changes affect our enjoyment of the games in 2020.

Boston sports fans are intense and bring a positive energy to every game. Bostonians are united in supporting their home teams; Patriots, Red Sox, Celtics, and Bruins. Boston is the city of champions, and the fans enjoy being there to support their teams and show their love. The Patriots have won the Super Bowl six times. the Red Sox have won the World Series nine times, the Celtics have won the NBA Championship 17 times and the Bruins have brought home the Stanley Cup six times.

It does not get any better than that. Look for the die-hard fans to show up in freezing temperatures, sit through snow and rain with their masks on and 6-feet apart to cheer for their favorite team. (And, not to get ahead of ourselves, what does a socially distant Duck Parade look like?) The fans will adhere to the rules, whatever they may be. Game on!